I’ve added a few photos of the trip to the post…hope you enjoy them as well!!!!

Catching a boat to the Jungle: “Just talk to Sandro…he’ll know what to do”

Concrete plans…who needs em’? To say that I had a plan heading into my Amazon River adventure would be an overstatement…to say the least.  All I knew prior to the trip was what Fishguy Dan told me…and to be honest he didn’t tell me very much.  I was informed of two things before committing to six days in the Amazon: 1. That I was going to be “helping” Dan’s friend Carol with her doctoral fish/conversation research and 2. That I should probably bring a mosquito net because it was going to be buggy…really buggy.  Other than that, Dan told me to talk to a boat pilot named Sandro at “Tapajós River Trips” (The high speed boat company in Santarém) on Thursday morning along the riverfront and he’d know where to take me.  A lot of information to go on…I know…

In any event, Thursday morning rolled around and I promptly headed out to the ORLA to speak with Mr. Sandro.  When I arrived at the dock, I talked to the first official person I could find and was told “Sandro isn’t here right now…what do you need?” To which I responded (in Portuguese), “Um…um…I just need to talk to the boat pilot Sandro.” Apparently, my highly gringo/cryptic response connected with the gentleman I was talking to, because he quickly responded, “Ohhhh you’re the American who Sandro is going to drop off in the middle of the river this afternoon…my name is Nay.” It was at this point that my new acquaintance Nay told me to buy a high speed boat ticket to Obidós (a city 100 KM up the Amazon) and come back at noon to leave…apparently Sandro knew the whole plan.

Despite my initial ambivalence (alright…it was continued ambivalence), I decided to buy the ticket and try my luck in the afternoon.  When I arrived back at the dock a few hours later, I again asked for Sandro and finally met the mythical man himself.  After chatting a bit, he told me that he had talked to my friends on the boat and that he was going to drop me off in the middle of the river where they were going to meet me. This certainly felt like a leap of faith at the time as 1. I didn’t know these people and 2. Dan and Co. hadn’t had cellphone service for most of the last week…so what would happen if Sandro couldn’t coordinate my pickup with the boat?  Anyways, when 1 P.M came around we were called to board what turned out to be a 100 person, brand spanking new looking high speed boat (which looked WAY to legitimate for my “plan”).

Long story short, an hour and a half after cruising down the Amazon in the jam-packed boat, one of the attendants up front motioned me to bring my bags and come outside.  As I embarrassingly (everybody was staring at me) stood up and followed the attendant’s lead, into view came the little dinghy of a boat that was to be my transport (the tiny boat I the middle of the gargantuan river really was a sight to see). And so, without overthinking it, I jumped off the still cruising boat, got my bags thrown to me, and began what would prove to be quite the Amazon adventure…

Before I tell you more about the trip itself, I figured I should briefly touch on what exactly Carol is busy researching in the Amazon (I’ll give you the 2 minute elevator explanation that I received).  Basically, the central focus of her research is to study the effect of deforestation on the area’s fish populations (i.e species density, diversity, ect.). The rainforest that surrounds the Amazon River drives aquatic life throughout the region and thus there is a lot of evidence to suggest that ongoing/accelerating deforestation is having an extremely negative impact on the area’s fish populations that in turn threatens the livelihoods of numerous communities throughout the lower Amazon.  Hence, Carol and her team of 10-14 people (lots of coming and going based on availability) are traveling to 17 communities (and 68 unique habitats based on levels of deforestation) during the month of June to catch, analyze, and store fish in support of her work.  Totally not my area of expertise…but given the importance of the research to local communities…it’s really cool to be involved with nonetheless.

Getting my jungle on:

So what exactly did I do for six days on the research boat? A lot of eating, scribing, laughing…and trying not to get FRIED by the blazing sun out on the water (plus hiding from mosquitos of course).  For all intents and purposes, my job as part of the research team was to get into a small boat with the fishermen and local community members each day and record various types of data as we spent the day laying nets and catching fish.  As always with trips likes these…a coherent narrative of six crazy days probably wouldn’t do the experience justice…so here are a few the highlights… 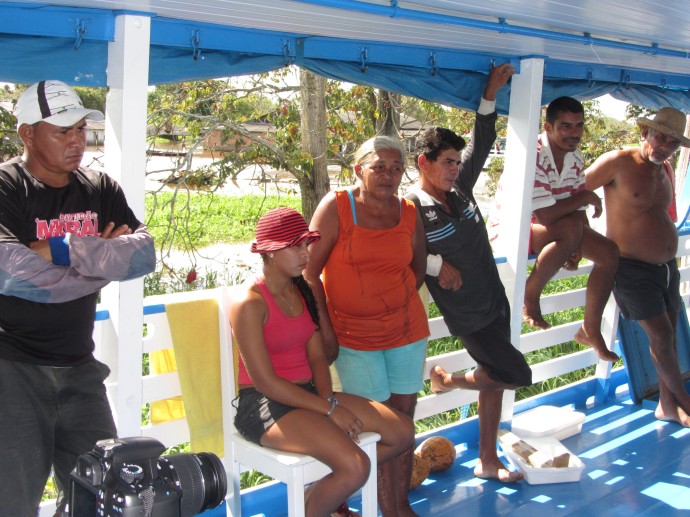 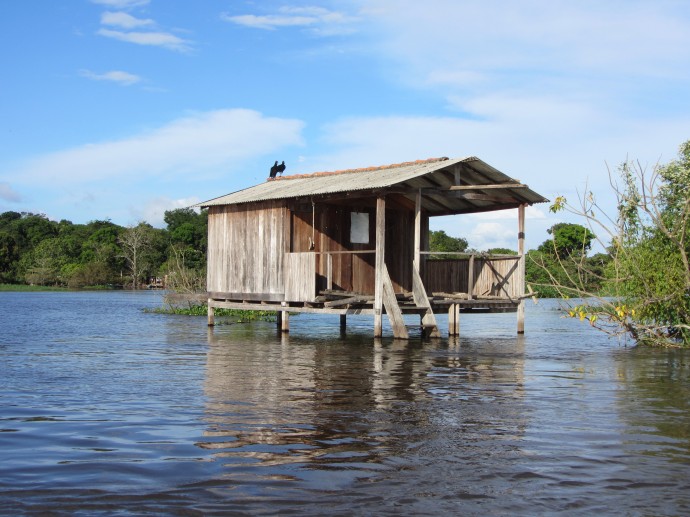 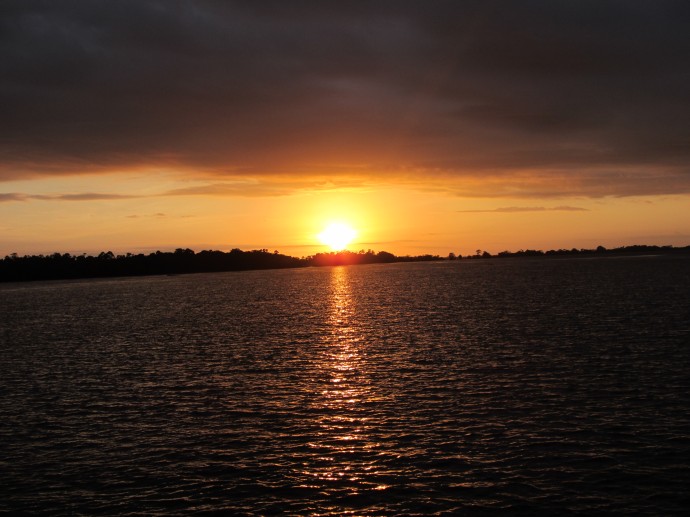 The combination of a high fever and the most powerful storm I’ve ever been exposed to…made for quite the Saturday night.  At 1:00 A.M, as I ROCKED back and forth in my hammock shivering from some sort of jungle-induced fever, chaos broke loose on the boat when an Amazon storm rolled in. I spent the next 45 minutes in a feverish haze watching people sprint around battening down the hatches as our boat got pounded by waves, wind, and rain in the middle of the river (Fishguy Dan fell over three separate times…LOL). I’ve honestly never been through a more uncomfortable couple of hours.

“CHHHHHHHHUUUUUUUUUUUUUUUUUUVVVVAAA” – One of the crew members yelling moments before Mother Nature unleashed on us.

“You know…when you feel better…you’re going to look back on the whole fever Armageddon experience and laugh.” – Fishguy Dan

Considering the fact that I arrived back home at 8:30 A.M this morning…I deserve a medal for this post. Have a good rest of the week!

P.S Andyinhat.tumblr.com has ALREADY been updated with photos (another medal?)…and a Facebook album will be out in the next few days.