Hello from Campo Grande! After spending five days with my fellow Fulbrighters in Brasília (more on that next week) Donovan and I caught a 23-hour bus (yes you read that correctly) into the heart of the Brazilian interior. Pantanal…HERE. I. COME. 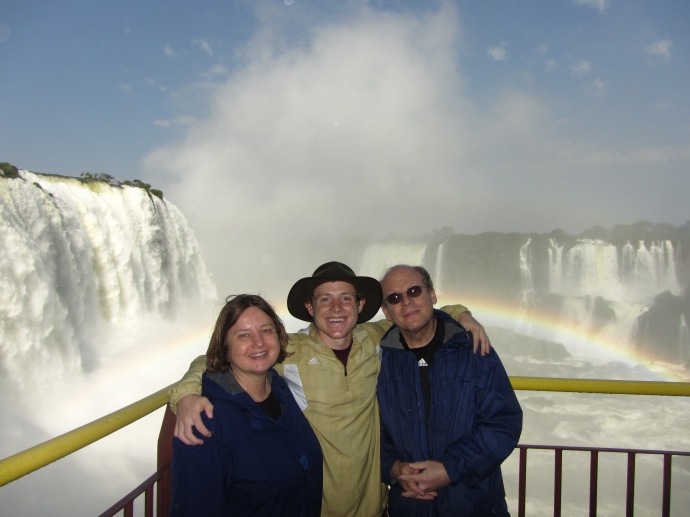 I’ve seen some unbelievable sights over the course of my life. However, up until last week, Machu Picchu unequivocally took the cake. Between the stunning setting, perfectly preserved ruins, and fascinating history, no single sight struck me in such a profound way.  That was until I went to Foz do Iguaçu… 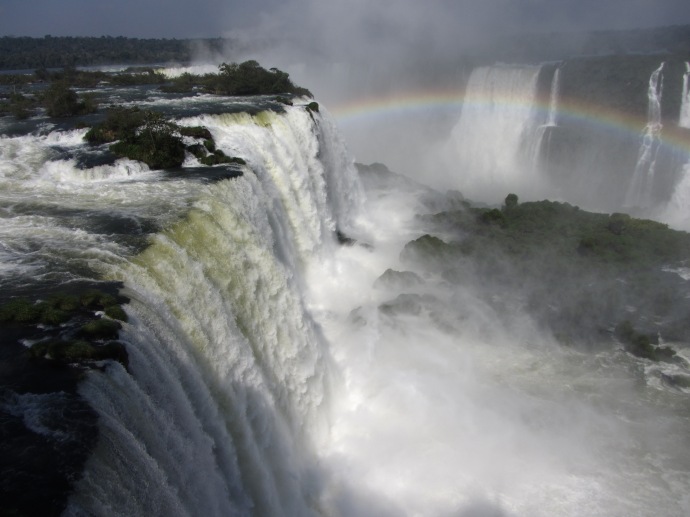 and yes…I actually took that picture…

Located in the far west of the southern state of Paraná, Iguaçu Falls has a magic to it that is difficult to explain. The 275 drops (Niagara has THREE by the way) extend for roughly three miles through dense Atlantic rainforest along the Brazil-Argentina border and are considered by more than a few waterfall enthusiasts as the most spectacular in the world.  When Eleanor Roosevelt saw the Falls many years ago she apparently exclaimed “Poor Niagara!” Amen sister. With its multi-level cataracts, exotic rainforest surroundings, and tranquil ambiance, Iguaçu Falls is a truly special place that left me consistently speechless. #1 on my current list of individual sights to see in Brazil…period (although Rio is still the city to go to). Here are a few highlights (and pictures) from our four days in unforgettable Iguaçu Falls…

After saying multiple (my dad kept coming up with reasons to knock on our hotel room door) goodbyes to the doctors in Iguaçu Falls, Donovan and I caught and EARLY morning fight and jetted off to Curitiba (aka “Brazil’s Most European City”…or so I’m told). Tucked high up on a mountain plateau in the eastern part of Paraná, the city of three million is considered an economic powerhouse and one of the finest places to raise a family in Brazil. 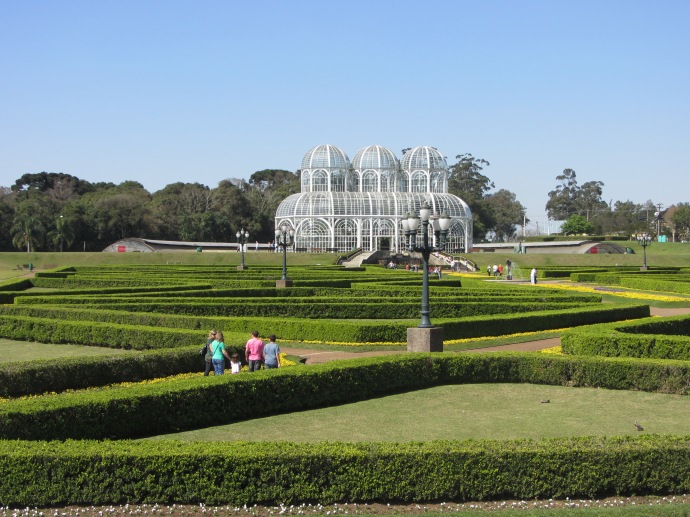 We decided to pack Curitiba into our itinerary because 1. we had two days to kill before mid-year meet-up and 2. we wanted to see a city we had both heard so many good things about. That said, I’d have to give our 48 hours in Curitiba a B. Why? For starters, everything felt a bit rushed.  Any time you try to see a city of that size in that little time you are guaranteed to miss things. However, I think the main reason my Curitiba excursion doesn’t get into the A-range (grade inflation much?) is that many of the people we met in the city were just plain old unfriendly and cold (by Brazilian and NOT American standards). Having traveled throughout Brazil and having met so many warm, welcoming, and helpful people, I arrived in Curitiba expecting more of the same and surprisingly encountered a little slice of Northeastern U.S coldness. Nothing like home, I guess

Nonetheless, Curitiba has many redeemable qualities. First, the city really gives you a sense of its immigrant history (although not necessarily Brazil’s finest period…cough…racial whitening policies…cough) and you find strong Italian, Polish, Ukranian, and German communities all over the place. Also, Curitiba has more parks in it than any other Brazilian city I’ve come across. I’m not sure if its Santarém’s complete lack of green space (ironic given its location, huh?), but Curitiba’s one billion perfectly manicured parks really struck me in a strong way. Livable? Absolutely. Furthermore, Curitiba has the best public transportation system I’ve come across in Brazil…and it’s not even close. The city’s buses run on time, are kept clean, and get you where you need to go. Shocker…I know. Plus, all the bus stops are these weird little tubes that may or may not be totally unnecessary but totally add character to the city.

Finally, the city is home to a really cool Oscar Neimeyer museum (REMEMBER when I talked the 104-year-old architect/stud/baller?)…and let’s be honest…that guy’s awesome.

All in all…one thumb up Curitiba. You may not be the friendliest of Brazilian cities, but you certainly make life pleasant, livable, and safe for your inhabitants. Well done.

Anyways, that’s all I have for now. I figured I’d post this a bit early because in T-Minus six hours I will have absolutely no internet access until Wednesday. Ready, set, SAFARI! GO, GO, GO! Have a good week!

P.S I promise to post my Rio, Foz, Curitiba Facebook album when I get back from the Pantanal…seriously…I promise!